She’s a damsel in distress—a 20th century miss dragged back to the 18th with no way home and no idea how she got there in the first place.

He’s the reason she’s in distress–a British highwayman, and a minor noble with
not much more to his name than a title and a Robin Hood-like charm who robs the wrong coach.

Now, Captain Nelson Rawlins of His Majesty’s Royal Dragoons, a former childhood friend of Connor’s who sacrificed friendship for duty is on the hunt for the Highwayman and traitors to the crown. The longer Emma stays in Connor’s time, the more she’s drawn to him and drawn into his troubles. She and Connor find themselves struggling to stay one step ahead of the Captain and his corrupt Commander and keep Connor and his roguish cousins from the hangman’s noose. As the Commander’s grip on the countryside tightens, the people need Connor even more, but Rawlins is hot on his trail and there’s a traitor in their midst. Can Emma use her twentieth century wits to keep both Connor and her heart safe? 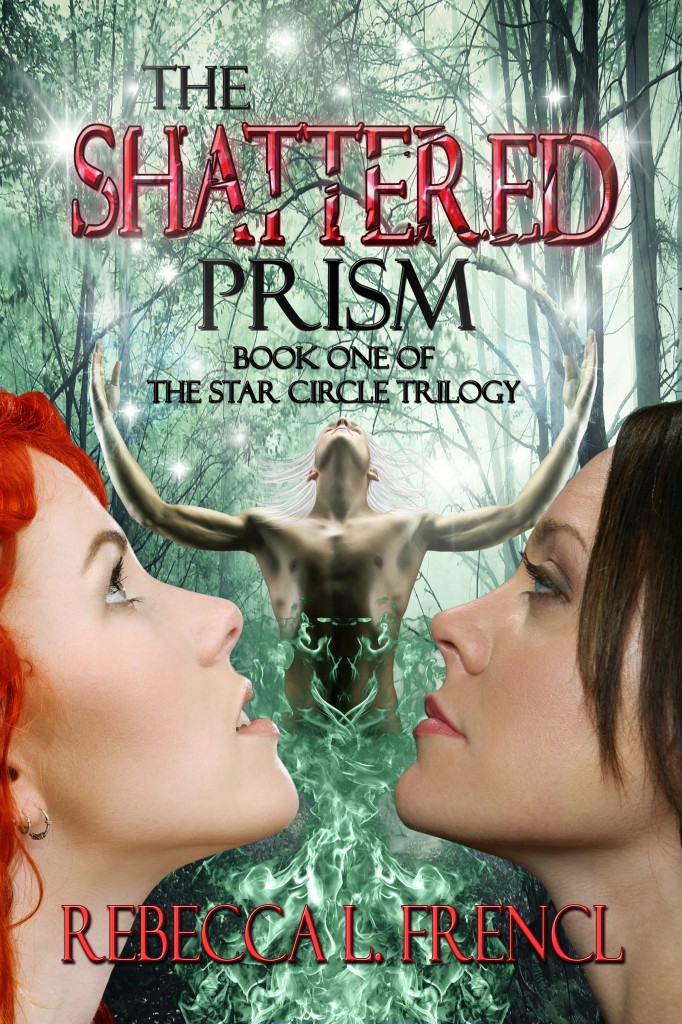 At the Dark’s gathering the Nine shall stand. Circle of Light, Hope of the land . . .

Robyn and Aerin have been down this road before as they hunt for the other seven Starbearers who will once more drive back the Darkness that wishes to unravel civilization and drive mankind back into howling barbarism. Silar and his silver-eyes, the soulless minions of that Darkness, dog their steps trying to hinder them and force them to doubt. Death is easy. Silar wants the star bearers broken–unable to fulfill their duties and shatter the Circle allowing the Darkness to win. Robyn and Aerin think that they’ve outsmarted the Darkness once before, but they discover that Silar’s plans have been much more complex and far-reaching than they’d ever believed.
Author Rebecca Frencl has a new series out soon. She stops by to share with us her plans and passions about writing.

The Shattered Prism–book one of The Star Circle Trilogy will be out this week. Book 2 is in the polishing stages and book 3 is about four chapters in. So, you’ll see the rest of the trilogy at least finished at hopefully at least one more out by the end of the year. I’m also working on an urban paranormal fantasy that could be the beginning of a much longer series.

I love to write and read fantasy, usually fantasy with a romantic twist. I’ve gotten into reading and writing paranormal romance as well.

It is wonderful when someone loves your worlds and asks when the next one is coming out. Particularly, when you get reviews from people you don’t know.

It depends on the book–in Ribbons of Moonlight I love Captain Rawlins. He was supposed to be the bad guy, but I liked him so much I gave him a much larger part and the book is much better because of it. In The Shattered Prism, Aerin is my favorite. She tries so hard to do the right thing, though she’s so haunted by her past. She’s a study in contradictions, a practical soul who really doesn’t want to be dragged into the magical nonsense she’s smack in the middle of.

I read, I scrapbook, I garden, I bake. I have a five year old and a career. I’m an 8th grade reading and language arts teacher and a union leader. So, I have a full plate and really look forward to the summers.

The series and authors I always go back to are Anne McCaffrey’s Dragonriders of Pern, David Edding’s Belgariad and Elizabeth Peters’ Amelia Peabody mysteries. When I read those books it’s like going home again.