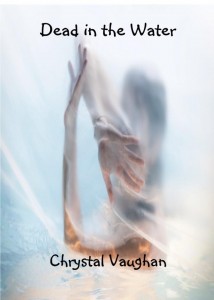 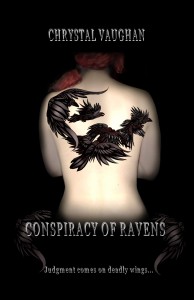 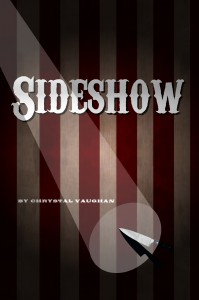 Why did you decide to write a mystery/thriller?

My first book was a thriller…more of  a horror novel really. My students were upset that they couldn’t read it since it had adult content, so I wrote Dead in the Water specifically for them. I really had to dial back the content to make it YA friendly.

What genre does your book fall into – cozy, mystery/thriller, suspense, police procedural, etc?

My second book is a Young Adult paranormal thriller (through Solstice Publishing). I self published my first book, Sideshow.

What prompted you to write this book or series?

It was all about the students, who are very thrilled that I’m a writer. I’ve had a few of them ask me to sign their copies, which is so strange but kind of neat.

Do you consider your book character-driven or plot-driven?

I think my book is character-driven. I really tried to capture the attitude of a teenage girl with the character Eva. Part of the book is excerpts from her journal, and the other part is told from the point of view of her boyfriend, Jesse. It was harder to write from a teenage boy’s perspective, not having ever been one of those myself, but I had ample material to study for character development.

What makes your book unique?

I think my book is unique because it focuses on the romance between Eva and Jesse but not in an explicit way. The book also focuses on what kids are capable of doing to each other, the horrible mean things they can say and do to those who are different. While there is an element of the paranormal in the book, the biggest threat to the protagonist is her peer rather than any paranormal entity.

Do you plot ahead of time, or let the plot emerge as you write?

I plot ahead of time…and then the characters decide if they like what I plotted. When I wrote my first book, I had an outline of every chapter, how I wanted it to go and where I wanted the book to end up. It totally did not go according to plan. For Dead in the Water, it began with the seed of an idea and took off from there. I didn’t plan any of it.

How did you develop the names for your characters?

For Dead in the Water, I took the names of some of my students and used them for my own evil purposes. Some are anagrams; Eva (Evalyn) is the combination of several initials for several students, which is fitting because her personality is a combination of those students’ personalities. I stole part of  Jesse’s name from one of my fellow educators. And the character of Natasha Milligan is specifically stolen from my friend of the same name, who begged me to put her name in my book, so I did and I made her the bad guy too.

Do your characters swear? Why or why not?

How did you decide on the setting?

I love Brookings, Oregon. I have made a personal vow to one day live there in a cottage near the beach and write books all day. Something about the wildness of the Pacific Ocean in that area really speaks to me. Even though some of the events in the book are disturbing, that doesn’t sully the lure of Brookings for me.

Do you have a writing mentor?

I don’t really have a mentor, per se, as in another author that guides me along the way. I’m very thankful to Kathi Sprayberry, Editor in Chief at Solstice Publishing, for her guidance and encouragement. She is also an author so it’s nice to have that comeraderie.

I wrote a lot when I was younger, even won a few awards. Then I had kids, had a full time job, had gone back to school…I just didn’t have the time anymore. My creative writing class for my bachelor’s degree kickstarted the writing again. After that, I was addicted. I wrote all the time. One day, I was editing some pages on my first book and the teacher I work with (Annette) realized I wasn’t proofreading a student’s paper. She insisted on reading it. At that point I had never really shown many people my work but she was very persistent. And she loved it. She’s been my cheerleader ever since and reads everything I write. She gives me feedback and advice, so I guess she could be considered a mentor.

What’s your writing schedule? Do you have a favorite place to write?

Recently, I started writing my books longhand, so that means I can take my notebook anywhere, anytime and write as the characters demand. My favorite place to write is in bed but I get some of my best ideas while I’m driving. I have a voice recorder app on my phone to dictate to while I’m driving.

What’s the first mystery you read?

The very first one was Encyclopedia Brown Takes the Case. That was a while ago!

I’m in the middle of editing my third book, Conspiracy of Ravens. Look for a release at the end of June. I’m also writing my fourth book as yet untitled. And I have about seven more books that are either partially written or waiting for me to put pen to paper.

I can’t thank my friends and family enough for their support, and also the folks and fellow authors at Solstice Publishing. It’s a lonely business, writing, but it’s nice to know I’m not the only one that is reaching for the dream.

links to book on Amazon:

Chrystal (Christina) Vaughan (1976-present) was born in Ashland, OR and grew up all over Southern Oregon where she currently resides. She is married and has two daughters and a son; she enjoys teaching others and imparting her love for the written word to her students. When she is not writing, Mrs. Vaughan enjoys spending time with her family and various pets, knitting items of clothing she forces her family to wear, and is a voracious reader.