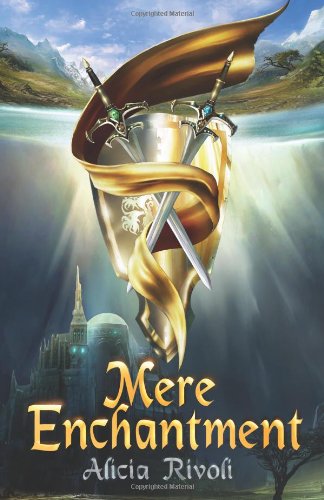 A World Like No Other… When a newly formed group of friends finds themselves fighting for survival, little did they know that was just the beginning. When Chloe, Megan, Jason and Zach are forced to take cover in a nearby cave from a violent storm they find their new friend Preston there as well. Zach guides the group through the cave but as they go deeper strange things begin to happen and they find themselves separated in a magical kingdom surrounded by unusual people and wizards. Things get even more dangerous as they travel the kingdom in search of the city of Mere and each other. As their journey unfolds, Preston discovers that the bedtime stories he was told as a child are true and that his rightful place in time must be realized. The kingdom itself has gone under attack as Jacan, a traitor to the crown, forces his armies through the magical borders. Looking back Preston should have recognized that it was all real. He should have seen the signs. But how could he have known? After all, Jacan was just a villain in a story that took place in a far off mystical land. How could he have imagined that the stories that his father told him as a child were true? How could any of them have known that their destinies were already written, and that to discover who they really are would take courage that they never realized they had?

Everything is About to Change… The enchantments protecting the kingdom of Mere are growing weaker. Jacan, recognizing the change, sends his army of Umbra through the shadow portals to wreak havoc on the cities outside Mere’s walls of protection. He feels his own powers have begun to weaken. That could only mean one thing, the heir of Nebula has returned. As Preston approaches Mere he is discovering more of his father’s stories are coming to life around him. He is struggling with the thought that he will be the King, and that one day he is expected to marry the Princess of Mere. When Preston takes a wrong step and finds himself alone, he uncovers something that his father never told him. Will he discover all the pieces of the puzzle in time with danger around every corner and Jacan and the Umbra getting closer? Chloe’s magic builds with each challenge from The Master Puzzler and the evil creatures that inhabit Mere. She quickly becomes a skilled sorceress as she fights alongside an unlikely companion. Can Chloe learn to control her magic before it consumes her life source? Will she accept what is yet to come? Follow the epic journey of Preston, Megan, Chloe and Jason in their quest for victory and their struggle to take their rightful places in the kingdom of Mere

This week, Alicia Rivoli is my author guest. With two books out, Rivoli is on her way to staking a claim in the fantasy genre.

Read on for more:

I am working on a young adult fiction currently titled A Life Apart. Although everything has been put on hold until August.

I love writing Middle Grade Fantasy. There is something so rewarding about a child reading something you imagined.

I love to read anything that catches my attention.

A lot of the times my stories form as I write, while on occasion I actually dream the story. Which is where The Enchantment Series came from.

My favorite character was Chloe. I related to her in so many ways. At times when I was writing from her POV I found her doing some of the same things I had done when I was her age.

I had the hardest time writing the battle scenes, and the scenes with Jacan. My imagination was going faster than I could write and it made it difficult to separate the good ideas from the bad.

I love to sing. I’ve also recently started to run, which I’m enjoying more than I ever thought I would.

Who is your favorite author?

I have several favorite authors. It’s hard for me to pick just one. I love Stephenie Meyer, Rick Riordan, Jane Austen, Nicholas Sparks, and several others.

Pride and Prejudice, Twilight, and Double Exposure. Plus several more.

Readers can also visit my blog at www.aliciarivoli.blogspot.com or my Facebook page at www.facebook.com/AliciaRivoli and send me a message or read some of my other posts. I love to get comments on my work.