Fellow Solstice author, Carl Brush, is the featured author this week in my running blog about up and coming authors. Carl has had a successful start with his novel, The Second Vendetta, and looks forward to producing a prequel sometime this year. 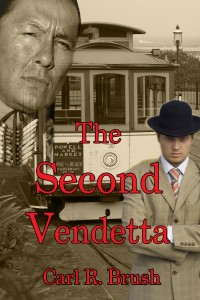 It’s taken Andy Maxwell two years—1908-1910—to help his family recover from the vendetta that nearly killed his mother, burned their Sierra Nevada ranch house, and exhumed some long-buried family secrets—including the fact that his father was black. At last, Andy thinks, he can return to University of California and pursue his history doctorate in peace. Not so.

First of all, it turns out they don’t want a miscegenated mongrel in the Ph.D. program. Just when he’s enlisted the eminent San Francisco journalist, Ambrose Bierce, to help him attack that problem, it turns out that marauder who started all the trouble in the first place didn’t stay Shanghaied. Michael Yellow Squirrel is back for another try at eliminating every last Maxwell on earth. So much for school.

And then there’s the election.

Reform gubernatorial candidate Hiram Johnson wants him to run for the California legislature and help foil the railroad barons.

And then there are the women.

The debutante beauty and the Arapaho princess.

So, how is Andy Maxwell, going to deal with all these quandaries? The Second Vendetta answers that question and many more with a tale-telling style that pulls readers into the book and doesn’t let them go till they’ve turned the last page, wishing there were more yet to turn.

I had a moment for some quick questions-

What is your favorite book?

Waay too many to make a single choice.  Three that leap to mind are Absalom! Absalom!, The Last Report on the Miracles at Little No Horse, The Hummingbird’s daughter.

I gravitate toward history, social justice, and mystery, of which my current release, The 2nd Vendetta, is a perfect example.  History because it tells us where we’ve been; social justice because it tells us where we ought to be and because I write best when I have something to be pissed off about; mystery because life is a process of figuring stuff out, never succeeding, getting pissed at the failure, then starting the search all over again.

I’m working on (of course) a historical novel set in 1840′s-50′s San Francisco. Bonita’s the name of a young girl who comes of age during the gold rush. At twelve, she discovers she’s not who she thought she was and spends most of the book searching first for her parents, then for her lost daughter, conceived when she was raped. It’s a happier book than I’ve made it sound here. Draft should be finished this summer. Beyond that? Who knows? Depends on what pisses me off.

We travel all over the place. We like to avoid tours and invent our own itinerary. It makes for unpredictability of events and people, just like writing a novel. There’s no adventure in having everything figured out before you start. We’re generally no good at parking our butts on a beach for extended periods.

My fans? Oh, yeah both of them. They keep asking me about that one time … but since I swore I’d never tell what really happened, I’ll have to go with the fact that I once sang with Pavarotti at a recital. An Aria from La Traviata. (Please don’t reveal that the other thousand people in the theater were singing as well. Kind of pulls the rug out, if you know what I mean.) 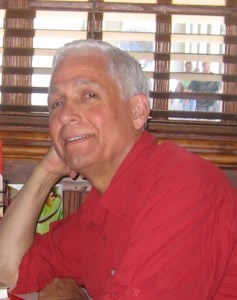 Carl Brush has been writing since he could write, which is quite a long time now. His historical thriller, The Second Vendetta, has just been released by Solstice Publishing, and a prequel, The Maxwell Vendetta,is scheduled for release by Solstice in early 2013.

Journals in which his work has appeared include, The Summerset Review, Right Hand POinting, Blazevox, Storyglossia, Feathertale, and The Kiss Machine. He has participated in the Napa Valley Writers’ Conference, the Squaw Valley Community of Writers, the Sewanee Writers’ Conference, and the Tin House Writers’ Workshop.

Carl lives with his wife in Oakland, California, where he enjoys the blessings of nearby children and grandchildren.

One thought on “Author -Carl Brush”